On February 24, Russian President Vladimir Putin launched what is being called the largest ground invasion of a European country since World War II.

The descriptors are carefully selected to give the impression that Russia’s current violation of international law is unprecedented. For those with short memories, it was in 2003 that the United States led an invasion of Iraq based on the fabricated excuse that Iraqi President Saddam Hussein had weapons of mass destruction.

But Iraq is not in Europe. Ditto for Afghanistan, which the United States invaded in 2001 under the guise of a manhunt for al-Qaeda leader Osama Bin Laden following his September 11 terrorist attack. Bin Laden was killed by a US Seal team in Pakistan in 2011, but the US-led occupation continued until the disastrous American withdrawal from Afghanistan last August. 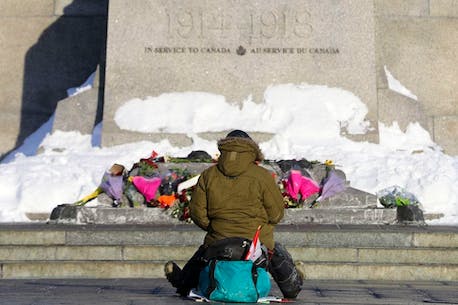 In 1999, NATO launched a devastating 78-day aerial bombardment of Serbia, which resulted in the alliance occupying the province of Kosovo. Serbia is definitely in Europe, but since it was an air campaign that forced a peace settlement before ground troops arrived, Putin’s current invasion is still the biggest ground attack since the Second World War. World War.

For the record, I unreservedly condemn Putin’s military violation of Ukraine’s sovereignty. However, unlike the Pentagon’s hypocritical apologists, I also vehemently opposed the illegal invasions of Afghanistan, Iraq and Kosovo during their occupied days.

I can also admit that I incorrectly predicted that Putin was bluffing with the threat of invasion because I didn’t believe he would be mad enough to launch such an attack.

That said, I also asked why my fellow experts were so quick to dismiss the combat capabilities of the Ukrainian military.

Equipped with modern and sophisticated weapons systems supplied by the United States, the Ukrainian army put up fierce resistance at the start of the fighting.

They are, after all, fighting for their own territory.

Since 2014, Canada has contributed some 200 military personnel to assist in a NATO-led effort to train Ukrainians. Before the Russian invasion, Ukraine had about 260,000 regular force personnel, and after President Volodymyr Zelensky’s call to arms on February 24, another 600,000 reservists were called up.

Equipped with modern and sophisticated weapons systems supplied by the United States, the Ukrainian army put up fierce resistance at the start of the fighting.

They are, after all, fighting for their own territory.

Conversely, the Russian military machine has so far proven to be heavy, unwieldy and above all unmotivated.

The modern Russian soldier is not like the illiterate peasants who filled the ranks of the Tsar’s army.

In fact, one would expect the Russian soldiers currently deployed on Ukrainian soil to be better informed of the international condemnation of their invasion than the misinformed Russian public at home.

Martial pride and professionalism will go no further when soldiers are called upon by their leaders to carry out dubious actions.

Between their surprisingly flawed logistics and supply system and the demoralizing impact of being employed to subjugate rebellious Ukrainian citizens, the mighty Russian bear may soon prove to be a toothless foe.

If Putin’s mighty army collapses on Ukrainian resistance without any direct NATO intervention, the Russian leader will have no justification for resorting to his threat of nuclear weapons.

Far beyond the borders of beleaguered Ukraine, the now internationally recognized President Zelensky was the key unifying figure who generated the global momentum of support for Ukraine.

At the start of the conflict, Zelensky called for international volunteers to go to Ukraine to fight the Russian invaders as part of a newly formed foreign legion.

This call from Zelensky led to an instant wave of enthusiastic volunteers from the UK, US and even as far away as Thailand.

In Canada, there have been many stories in the media of average Canadian citizens answering Zelensky’s call.

The problem is that while most of these volunteers do so out of the moral obligation of freedom, they have no form of military training.

The precedent of a foreign legion is not new, with France being probably the best historical example of using foreigners to fight for their empire.

Spain also had a highly respected foreign legion to keep order among its colonies.

It is not enough to simply ask untrained people, or even military veterans, to risk their lives to fight for Ukraine.

If these volunteers are to be anything more than mere cannon fodder, the Ukrainian authorities must seriously invest in equipping and training such a formation.

In preparation for a six-month tour of Afghanistan, the Canadian Army would take trained and trained regular units, augment them with trained reservists, and spend another 12 months in intense preparation before deployment.

Bringing in a willing, untrained civilian who does not speak Ukrainian and sending them to the front line will not only endanger that volunteer, but will also hamper the Ukrainian military’s current war effort.