According to Vyacheslav Chaus, quoted by NEXTA, Russian forces carried out attacks against civilians in Ukraine by throwing bombs in residential areas. According to reports, Chaus took to Telegram and wrote that Russian troops were using “powerful indiscriminate weapons against Chernihiv, like unmanned FAB-500 bombs.” Ukraine claimed that such weapons intended for the destruction of military and industrial installations and fortifications were now used in residential areas of Chernihiv. Three of these unexploded bombs were discovered on Sunday. 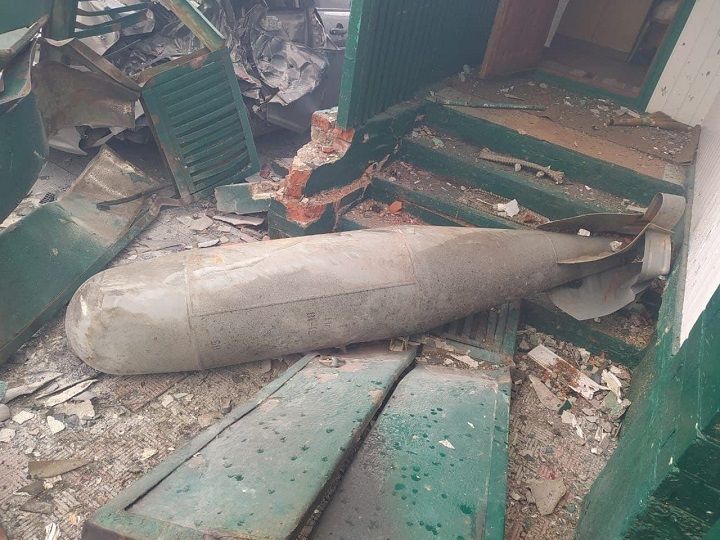 Following the invasion of Ukraine, rights groups and observers had previously claimed Russia was using cluster bombs, a charge Moscow has denied. If confirmed, the deployment of this weapon, especially in crowded civilian areas, would bring new humanitarian concerns to the conflict. Cluster bombs kill essentially indiscriminately and endanger civilians long after they are used.

Cluster bombs are weapons that open up in the air, releasing “bombettes” that are scattered over a wide area, intended to destroy multiple targets at once and can be dropped from aircraft, artillery and missiles. From Syria to Yemen, from Afghanistan to Southeast Asia, unexploded ordnance from cluster bombs continues to kill and maim people years, even decades, after the ordnance has been depleted. drawn. Although many countries have joined a global convention limiting their use, cluster bombs are still used in conflict zones around the world.

Triggering massive fears across Ukraine and possible unfathomable losses for many years to come, on Friday Europe’s largest nuclear power plant in Zaporizhzhia was reportedly hit by Russian-led missile strikes. While experts have said the loss could potentially affect central Europe for decades to come, others have drawn parallels to the Chernobyl meltdown disaster in 1986. In addition, Ukrainian authorities have said that well that there is damage to the reactor, the safety of the unit compartment was not affected.

Equivalent to relief, it was also said that radioactivity levels continued to be within limits, despite Russian-led bombardment. Russian forces moved into territory near the plant after taking the strategic port city of Kherson and attacked the nearby town of Enerhodar to open a road to the plant on Thursday evening. A local resident also uploaded a video showing Russian military vehicles in front of Enerhodar town hall. Russian forces have currently seized two Ukrainian nuclear power plants and are making progress towards a third, Ukrainian President Volodymyr Bennett said Saturday during a call with US senators.