At least 26 people, including military cadets, were killed and two others seriously injured on September 25 when a Ukrainian air force plane crashed near Kharkiv in the east of the country, a announced the Interior Ministry.

Deputy Interior Minister Anton Gerashchenko confirmed the death toll to AFP, calling the incident a “shock” and saying the cause of the crash was under investigation.

Images of the crash posted by officials on social media showed the smoldering remains of the Antonov-26 transport plane.

“The most of [the dead] were students “of the Kharkiv National Air Force University, the air force said in a statement.
There were 27 people on board, 20 cadets and seven crew members, he added.

Twenty-two have been confirmed dead, two are injured and “the search for three other people is continuing,” emergency services said.

The injured are in “critical” condition, regional governor Oleksiy Kucher said on Facebook.

Ukrainian President Volodymyr Zelensky called the accident a “terrible tragedy” and said he would visit the Kharkiv region on Saturday.

“We urgently create a commission to investigate all the circumstances and causes of the tragedy,” he wrote on Facebook.

In photos released by the emergency services, firefighters in helmets and reflective clothing sprayed debris from planes with jets of water.

The body of the plane caught fire on landing and firefighters were able to extinguish the fire after an hour.
The town of Chuhuiv lies about 30 kilometers southeast of Kharkiv and 100 kilometers west of the front line where government forces are fighting pro-Russian separatists.

The presidency said that according to preliminary information, the transport plane crashed during a training flight.

The EU’s top diplomat, Josep Borrell, sent his condolences on behalf of the bloc.

â€œMy thoughts are with the families and friends of those who have lost their lives,â€ he tweeted.

Several military planes have crashed in Ukraine during training flights in recent years.

A pilot was killed in December 2018 after his Su-27 fighter crashed while landing in the Zhytomyr area.

Two months earlier, the same fighter model had crashed in a neighboring region during the Clear Sky 2018 joint military exercises between Ukraine and NATO countries, killing American and Ukrainian pilots on board.

The Antonov-26 is a light transport aircraft designed in Ukraine during Soviet times.

It is 24 meters long and has a wingspan of 29 meters and can fly at a cruising speed of 440 kilometers per hour.

In 2014, Malaysian Airlines flight MH17 was shot down, killing 298 people over an area of â€‹â€‹eastern Ukraine controlled by pro-Russian separatists. 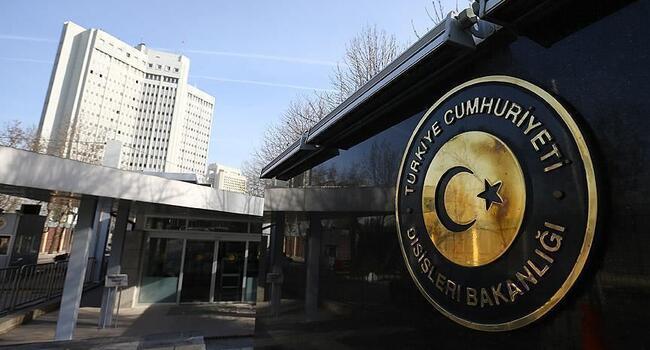