When he arrived at the front as a volunteer to fight Russian-backed separatists in 2014, Pavlo Dolynskiy found the Ukrainian military in a desperate state.

Kiev had just lost the Crimean peninsula to Moscow without a shot being fired and its regular forces – plagued by years of neglect and corruption – could not cope with the spiraling conflict in the east from the country.

“The army had reached the point where it could no longer stand up to the enemy,” Dolynskiy, who now works in a veterans’ association, told AFP.

Soldiers struggled to obtain uniforms and boots, they had outdated Soviet-era weapons, equipment often malfunctioned, and the army relied on a motley mix of volunteers to fill in the gaps.

“He was really in a terrible state,” he said.

But now, with tensions soaring over a massive Russian military buildup on its border, Ukraine’s armed forces present a much more difficult prospect.

Servicemen take part in joint tactical and special exercises of the Ukrainian Ministry of Internal Affairs, the Ukrainian National Guard and the Ministry of Emergencies in the ghost town of Pripyat, near the Chernobyl nuclear power plant, on February 4, 2022. (Photo by Sergei SUPINSKY / AFP)

Hardened by nearly eight years of a latent war that claimed more than 13,000 lives, the army underwent reforms and was reinforced with Western weapons and training.

“Eight years ago, the Ukrainian army did not exist. It was only on paper and had no fighting potential,” said Mykola Beleskov, a defense analyst at Kyiv’s National Institute for Strategic Studies.

“Now they are the best armed forces that Ukraine has had in thirty years of independence. The best prepared and the best trained. 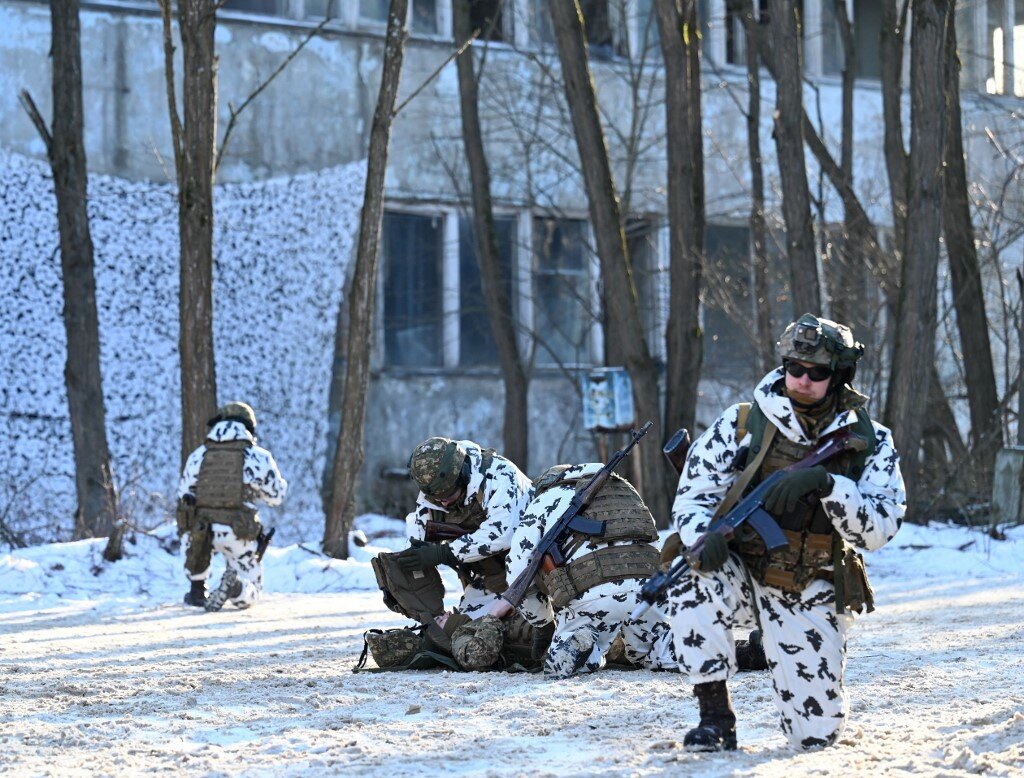 Servicemen take part in joint tactical and special exercises of the Ukrainian Ministry of Internal Affairs, the Ukrainian National Guard and the Ministry of Emergencies in the ghost town of Pripyat, near the Chernobyl nuclear power plant, on February 4, 2022. (Photo by Sergei Supinsky / AFP )

Ukraine’s defense budget has tripled over the past decade in US dollars to around $4.2 billion in 2021 and reforms have sought to tackle endemic corruption and improve command and control .

The United States has provided some $2.5 billion in military aid since 2014, and training for NATO allies – including Canada and Britain – has helped boost combat readiness.

As part of the modernization drive, Ukrainian President Volodymyr Zelensky this week signed a decree to add 100,000 more troops to the armed forces over the next three years, bringing his total to some 360,000.

Authorities have pledged to raise salaries for those who serve and professionalize the military by ending conscription by 2024.

A crucial addition was also the influx of foreign arms which bolstered the Soviet-era military stockpile.

Ukraine bought Turkish Bayraktar TB2 combat drones – which proved essential in the 2020 Karabakh conflict between Azerbaijan and Armenia – and received shipments of anti-tank missiles from the United States and Great Britain. -Brittany.

“His strengths are probably stronger than they have been in a long time,” said Sam Cranny-Evans, research analyst at London think tank RUSI.

“Nevertheless, there are key shortcomings in Ukraine that have not been addressed.” 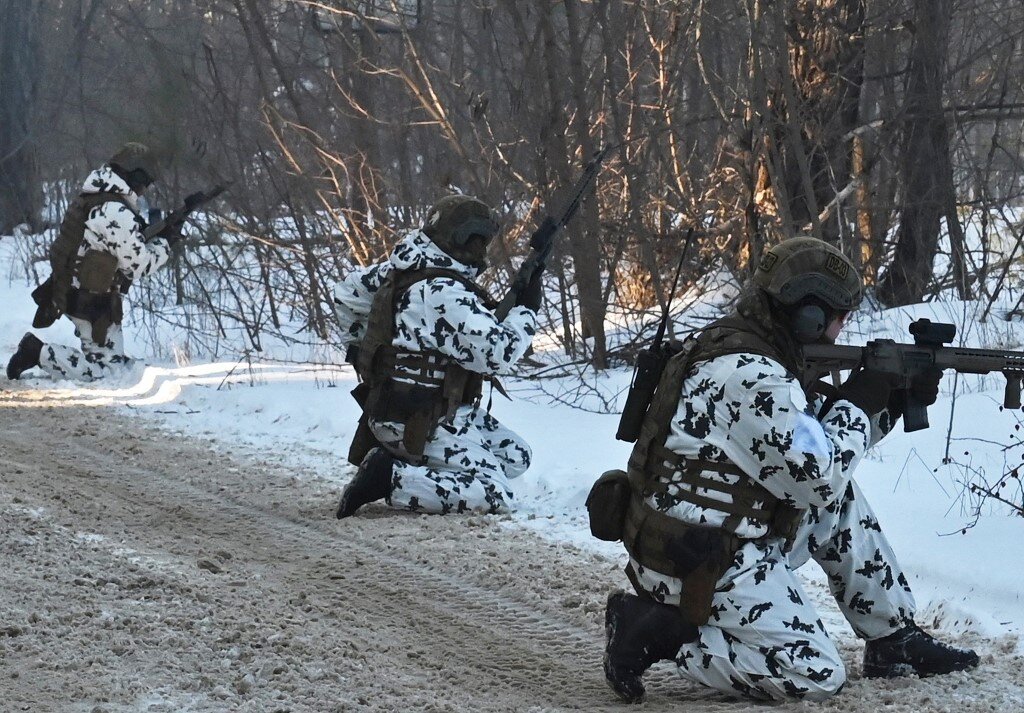 Servicemen take part in joint tactical and special exercises of the Ukrainian Ministry of Internal Affairs, the Ukrainian National Guard and the Ministry of Emergencies in the ghost town of Pripyat, near the Chernobyl nuclear power plant, on February 4, 2022. (Photo by Sergei Supinsky / AFP )

He pointed to its limited air defense systems, lack of means capable of carrying out long-range strikes and doubts about its reconnaissance capabilities.

Kiev lost around 70% of its ships when Russia seized the strategic Crimean peninsula in the Black Sea, according to a recent report by the US Congressional Research Service.

British minesweepers are on the way, but more ambitious reconstruction projects are hampered by severe budget constraints as the economy struggles.

And transplantation remains a problem that strains these limited resources.

“It is widely recognized that Ukraine’s path to proper military reform and capacity building lies in rooting out corruption in its defense sector,” said an analysis by the agency. Defense Intelligence Janes.

Oleksandr Syrskyi, commander of Ukraine’s ground forces, insisted to reporters on Thursday that the army “has taken a big step forward since 2014 – we have increased our combat capability and our ability to repel an invasion.”

“We’re working on that and we have agreements in place to try to improve all of that,” he said.

After years of conflict, Ukrainian forces are combat-experienced and highly motivated.

There are also hundreds of thousands of people on the reserves and volunteer fighters have been placed under government control.

Civilians too are preparing, with survival courses becoming increasingly popular among Ukrainians worried about a possible Russian attack.

Despite the improvements, Ukraine understands that its military remains massively outgunned and outmanned by Moscow’s vastly superior armed forces.

Russian President Vladimir Putin has invested vast sums to turn his own squeaky army into a modern, well-equipped team capable of imposing Kremlin goals in global hotspots like Syria.

Analysts said Ukraine would struggle if Moscow dropped its missiles and planes in a major bombardment of critical infrastructure.

“It’s no secret that the Russian military is bigger and stronger,” analyst Beleskov said. 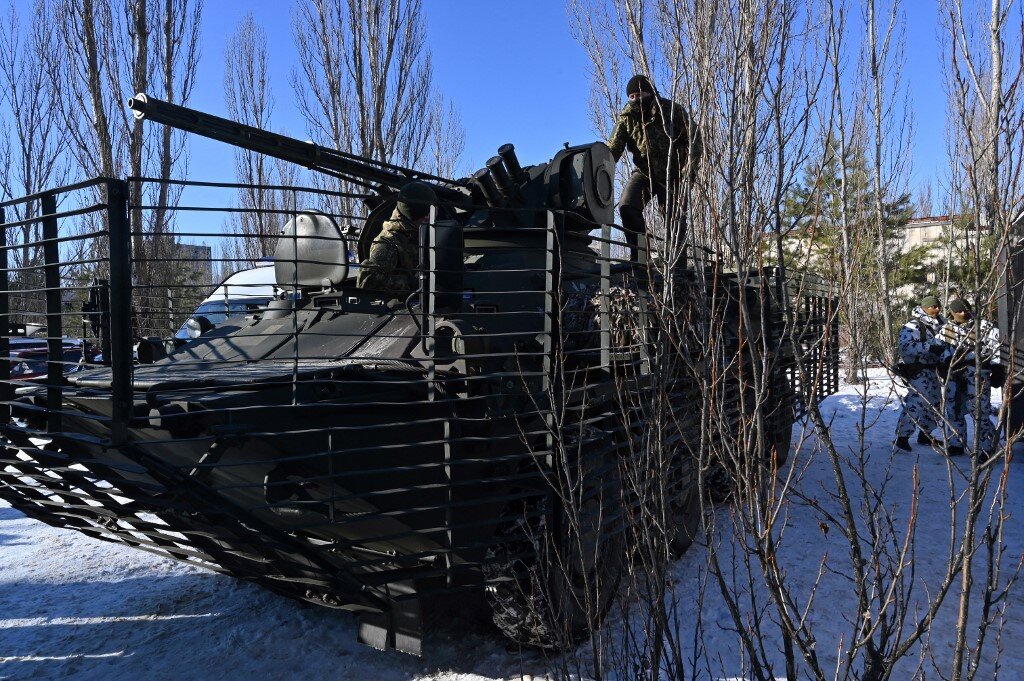 Servicemen take part in joint tactical and special exercises of the Ukrainian Interior Ministry, Ukrainian National Guard and Emergencies Ministry in the ghost town of Pripyat near the Chernobul nuclear power plant on February 4, 2022. (Photo by Sergei Supinsky / AFP )

But, he insisted, if there was a major invasion and Russia tried to hold on to territory, Ukrainian forces could still turn it into a costly “war of attrition”, especially if Western weapons continued to fight. flow.

Found a spelling mistake? Let us know – highlight it and press Ctrl+Enter.